The 8 Best Wings in Texas! 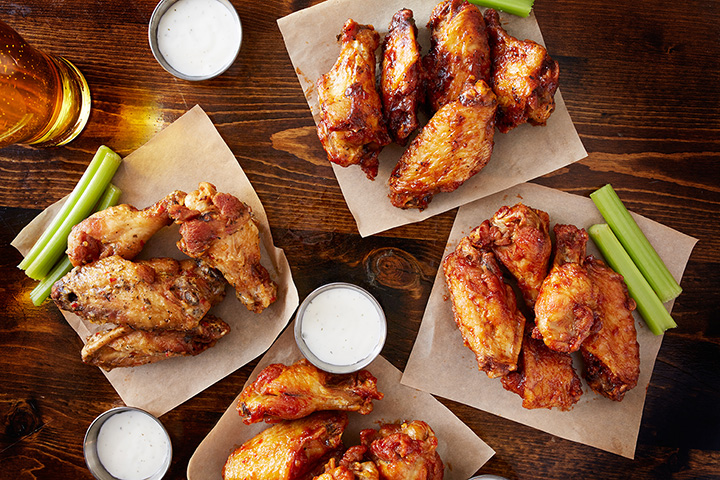 The perfect chicken wing is an excellent accompaniment to a variety of events: while you’re watching the big game, you’re out with a big group of friends for the night, or if you’re simply looking to indulge yourself in a guilty pleasure snack. Check out the following chicken wing joints in Texas to dazzle your taste buds.

Wing City is one of Garland, Texas’s favorite wing spots. The self-styled “Wing Pros” promise that their wings are always fresh, and sell them in six or ten piece amounts. If you’re particularly hungry, you could swing for the 25, 35, or 50 pack, too. With ten fantastic flavors, including a fantastic Cajun Dry Rub, you’ll have plenty to write home about.

Duff’s Famous Wings originally opened in 1946 in New York but has since grown into one of the most popular wing franchises in the country, with eleven locations and counting. Texans can enjoy their delicious wings at the Southlake location. Duff’s Famous Wings are only fresh and never frozen and come with your choice of 19 unique flavors, including a daring flavor called “Death.”

Wing Bucket has two Texas locations, one in Dallas and another in Richardson. At each location, they use “a unique cooking process and the use of only fresh and jumbo size chicken wings, tenders, and pork ribs.” Choose from 21 different flavors, including Mike’s P.B. & J, and add fresh-made sides to give yourself a meal you won’t soon forget.

Wings n More has four unique locations, three in College Station and one in the Woodlands, Texas. They sell wings, ribs, seafood, entrees, and combos. We recommend the Wing ‘N’ Rib sampler, served with five wings any style you like and ranch or bleu cheese and four sweet and tender honey-glazed ribs.

Buffalo Wings and Rings has a staggering 13 locations scattered throughout Texas. Locations include Weslaco, New Braunfels, Round Rock, San Antonio, McAllen, Mission, Edinburg, Hidalgo, Laredo, Dallas, Brownsville, and Del Rio. Everything about Buffalo Wings and Rings is catered to give you the ultimate VIP sports-watching experience. And the wings are good, too.

USA Today recently recognized Pluckers as one of the “Top 10 Wing Bars in the United States.” ESPN ranks them in the Top 5 Sports Bars, too. Therefore, it would be simply criminal of us not to include them on our list. With locations in Austin, Baton Rouge, Dallas/Fort Worth, Houston, Killeen, and San Marcos, it’s easy to see how Pluckers became so popular. USA Today recommends the Baker’s Gold wings and who are we to argue? They’re amazing.

Austin’s Tavern might be serving up the best wings in the state. This historic joint was first opened in 1933. The menu features a selection of chicken wing options such as their “Amazing White Wings,” which are wrapped with bacon, jalapenos, and tossed in a wing sauce, or their regular Buffalo wings tossed with your choice of Buffalo sauce, teriyaki, or sweet chili.