The 10 Best Seafood Restaurants in Texas! 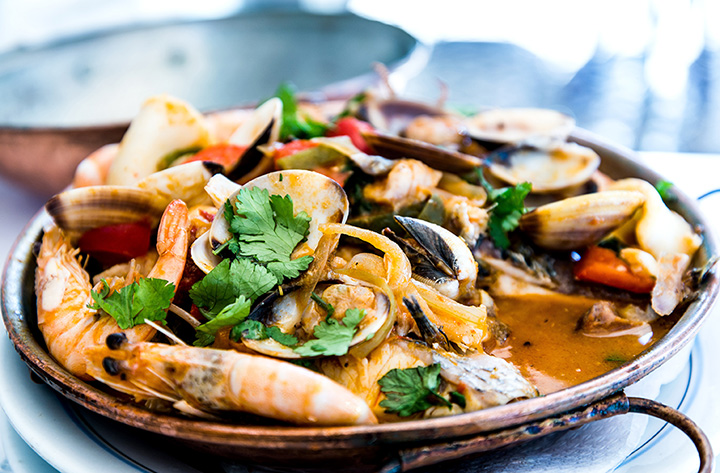 The Texas culinary scene is perhaps best known for their incredible ribs and barbecue, but did you know the state is a real contender when it comes to seafood? From upscale eateries to pier-side spots and humble over-the-counter-joints, seafood lovers will find plenty to rave about in the big Texas culinary sea. Here are the 10 best seafood restaurants in the state!

The Schooner Restaurant claims to have “The Best Seafood in Southeast Texas,” and we’re not arguing. They’ve been a Nederland seafood staple since 1947 and serve incredible gourmet fish specialties, including their Flounder Athena (broiled fish fillet, topped with sautéed shrimp and lump crabmeat), among others.

The Boiling Pot is one of Rockport, Texas’s favorite seafood spots. A recent reviewer said that their fresh seafood is among the best they ever had. Their Cajun stone crab claws and crawfish are delightful.

One of Coastal Living Magazine’s top seven seafood restaurants in Texas, Giloohley’s is known for their wonderful oysters and gumbo. The eclectic atmosphere sets a casual vibe, perfect for digging into some great eats.

Gaido’s Seafood Restaurant originally opened all the way back in 1911 and has maintained “an unwavering commitment to serving the freshest Gulf seafood” ever since. Gaido’s can accommodate large and small parties. Go for the daily catch.

Lotus Seafood has three convenient Houston locations. This spot has been named them as one of the top places for crawfish in Houston for their Cajun crawfish boil. Everything is good, but we definitely recommend the crawfish.

For the last 25 years, Monument Inn Restaurant has served no-fuss seafood dishes to the community of La Porte, Texas. Enjoy a beautiful view of the Houston Ship Canal before digging in to a mouth-watering dish.

Eddie V’s is a popular upscale seafood restaurant with locations in many major United States markets, including six in Texas ranging from Austin to Houston, Dallas and Fort Worth. Enjoy the oyster bar, seafood entrees, and classic dishes for the seafood averse.

As opposed to the up-scale dining personified by Eddie V’s, the Austin Quality Seafood Market is an over-the-counter seafood joint. They’re about as casual as it gets without sacrificing flavor and incredible quality. The restaurant has served fantastic seafood since 1938.

Don’t let Nik’s Steak and Seafood Restaurant’s casual, friendly ambiance distract you from the truth: Each of their dishes packs a punch of flavor. They’ve only got a handful of booths, so come in early for the reasonably priced, scrumptious lunch specials.