8 Best Places for Mac and Cheese in Texas 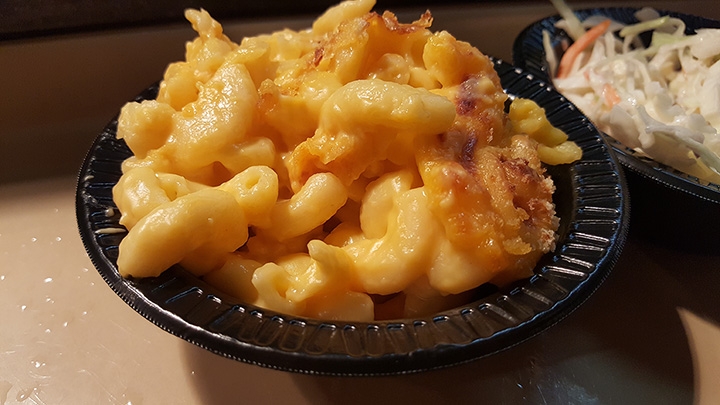 Mac and cheese wears the crown when it comes to American comfort food. And to bring out the true potential of this classic dish, one needs to enlist a master. Add seafood, buffalo chicken, bacon, and so much more. For cheese lovers all over Texas, the following 8 best mac and cheese spots will show you how magical mac and cheese can be.

The Water Street Oyster Bar in Corpus Christi is part of the larger Water Street Market, known for fresh, delicious seafood. Just about everything on the menu has some sort of seafood element to it, except for the smoked gouda mac and cheese. Why no seafood? We think it’s because the mac and cheese is so good, it stands on its own.

Mesa Street Grill has won numerous accolades, including the Wine Spectator Award of Excellence 13 times in a row, and many more. Now the steak and restaurant powerhouse can add being named one of Texas’s best places for mac and cheese to their list, as the lobster mac and cheese side topped with crab is simply to die for.

Las Brisas is known for their steak and seafood, particularly the Las Brisas Sea Bass and $75 lobster pasta with a 16 oz. lobster tail. As the old saying goes, if you’re going to eat lobster, do it right. Their delicious lobster mac and cheese will run you a cool $22.

Bohanan’s Prime Steaks and Seafood offers “legendary steaks and celebrated seafood,” according to their website. The restaurant, located in a historic San Antonio building, has made a name for itself for its impeccably prepared meals. No Bohanan’s meal is complete without their creamy macaroni and cheese side, big enough to share.

Jus’ Mac Eatery has two locations, both in Houston, Texas. As the name implies, Jus’ Mac is a mac and cheese restaurant, with “mac and cheese made from scratch over 24 different ways in hot cast iron skillets.” If you’re a mac and cheese lover, this is your paradise.

The Hillside Farmacy in Austin, Texas was once known as the Hillside Drugstore. Today, it is a family owned-and-operated restaurant offering breakfast, lunch, dinner, and brunch. Start your next dinner here with the mac and cheese, made from taleggio macaroni, aged white cheddar, and bread crumbs, with the option to add pancetta, a poached egg, or broccoli.

Texas BBQ is one of life’s most wondrous joys. As any good barbecue-eater knows, it’s not just the meat itself that makes the barbecue worth it, but the sides. The classic mac and cheese on the Good Union Urban BBQ menu will make you believe in the gods of barbecue.