The 8 Best Delis in Texas! 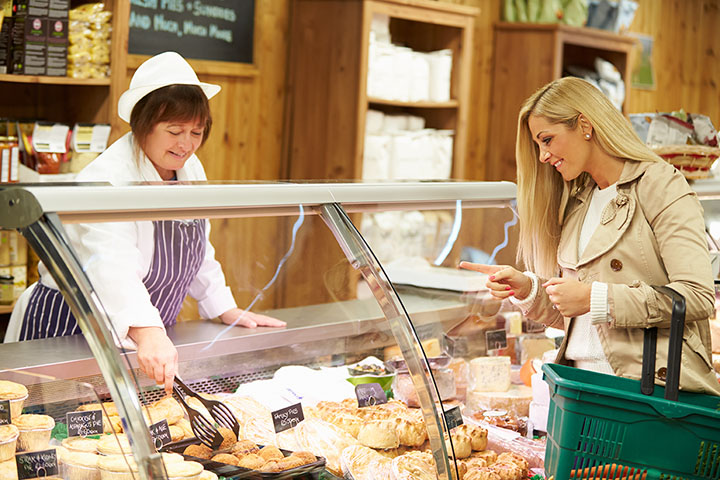 Craving authentic deli food? It doesn’t matter if you’re looking for a traditional pastrami sandwich, a classic deli meat delight, or a chicken parm, Texas has it. Texas is overstuffed with fantastic delis from every corner of the Lone Star State. Check out 8 of the best below.

Cindi’s N.Y. Delicatessen Restaurant and Bakery has five locations throughout Texas, including four in Dallas and one in Carrolton. The owner, Anh Vo, has been honored as the “2012 Woman Entrepreneur of the Year” by the Greater Dallas Asian American Chamber of Commerce, and her restaurants are the recipients of the “Best Breakfast” and “Brunch Award” from Advocate. Cindi’s is known for bringing authentic New York deli style sandwiches to Dallas, including corned beef, pastrami, and chopped liver. Stop by for breakfast, brunch, or lunch, or to check out the bakery.

Weinburger’s Deli warns on their website that “if you are easily offended, I am going to apologize in advance. Sandwich makers can be rude at times…it’s not personal, we’re just trying to get our customers through the line as fast as possible.” Don’t worry—they’re quick to point out that they’re joking. Either way, that shows you what kind of attitude and atmosphere you can expect from Weinberger’s—they’ll treat you like family here. Their extensive menu includes turkey, pork, ham and deli style options, with classics and homemade favorites. For your first time, try the Joe King Pastrami, served with hot pastrami, melted Swiss cheese, creamy Cole slaw, red onion, and Russian dressing on toasted marble rye.

Carshon’s Deli was established almost 90 years ago, in 1928, by David Carshon, a Jewish immigrant. Today, Carshon’s is the only kosher style deli in Fort Worth. They serve breakfast and lunch with specialty sandwiches, plates, and deli sandwiches. Options include bologna, chopped liver, corned beef, salami, and tongue, as well as fresh toasted bagels, franks, chili, and much more.

Fratello’s Market and Deli brings the owner’s Italian roots to San Antonio, Texas, in their market and deli offerings. Their two San Antonio locations, one on Broadway and one downtown, have slightly different menus, but you can expect much of the same authenticity. You’ll find plenty of Italian dishes, in addition to cold and hot sandwiches. Order online or stop in for lunch.

Kenny and Ziggy’s Deli is simply drowning in accolades, including Best Houston Deli from The Houston Press, Best Sandwiches and Deli from Houston Business Journal, and has been called “Where the big shots start their day,” by the Wall Street Journal. Their extensive menu has over 200 items, inspired by New York deli favorites like bagels and lox. Breakfast is served all day, but the meat is the true star. First time? Go for the Fiddler on the Roof of Your Mouth sandwich. It’s a triple decker, corned beef and pastrami with Russian dressing and coleslaw. Just don’t expect to finish it all in one sitting.

Deli News in Dallas, Texas, is a New York-style deli that has been recognized by the Dallas Observer and DMagazine as the “Best Deli in Dallas.” The menu is “loaded with authentic Russian-Jewish favorites such as latkes, kugels, and mozza ball soup, plus hybrids such as challah-bread French toast.” Their sandwiches are triple decker, and are served for breakfast, lunch, or dinner.

Julie’s was started by owner Julie Furlow with the simple goal of “starting a sandwich shop.” Since then, they have grown into a lunch, dinner, and catering powerhouse in Texarkana, Texas. According to their website, “All of Julie’s standards like freshness, high-quality ingredients and enthusiastic serve are by products of one standard that rules them all: Make customers happy!” The bakery has a fresh supply of cookies, cakes and pies, while the restaurant serves classic deli sandwiches, prepared with Boar’s Head meats. Check the website for the full menu, or come in to say hi in person.