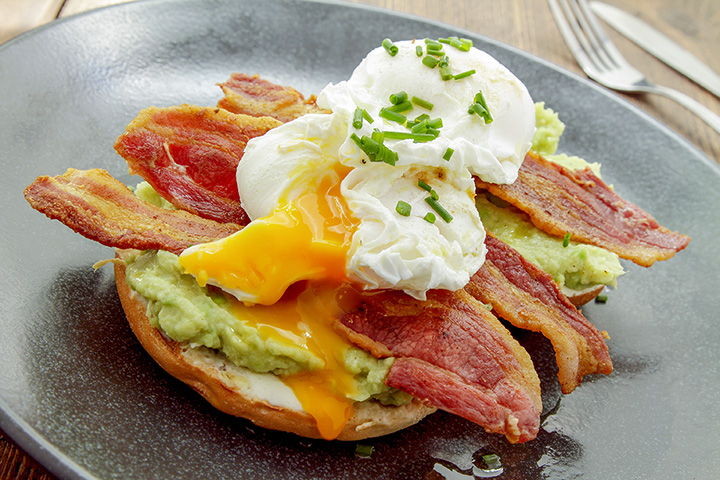 Texas brunch needs to have a number of things. For one, the portions have to be big enough for a Texan. Two, the flavors better be on point and as bold as the Lone Star State. And three, you’d better do justice to the classics, even if you’re putting your own twist on things. You can’t go wrong at these 7 excellent brunch places in Texas.

Tiny Boxwoods was officially founded in 2007 in Houston but has since grown to encompass a grocery store, a walk-up bakery, and a second restaurant in Austin. Their mission is “to make each and every experience a memorable one,” while offering “elegant service in an inviting atmosphere.” In that, they succeed in spades. Brunch is served on Saturday and Sunday and encompasses their mission at its best. Try the day’s pastry board.

Kitchen in The Woodlands is a fantastic fast-casual restaurant with delicious brunch options. Brunch starts at 7 a.m. every day of the week and includes staples like their signature cinnamon roll, Greek breakfast, and avocado toast.

The Taylor County Taphouse is one of Abilene’s premier taverns and restaurants. They’ve won multiple awards, including from TheCultureTrip.com. While their dinner and draft menu is extensive, their brunch menu isn’t to be overlooked, with options like chicken fried steak and eggs and croque madame.

Crave Kitchen & Bar has four easily accessible El Paso locations, including one at Farah, Kern, East and West. They serve modern American food in a casual-dine dining environment with a brunch menu not to be missed. The extensive brunch options include waffles, pancakes, French toast, scrambles, sharables, eggs, and much more.

Brewed is known for their craft beer, tasty coffee, and weekend brunch served from 9 a.m. until 3 p.m. Brunch entrees include bacon banana Belgian waffle, skillet shrimp and grits, and much more.

Nerdvana food+spirits takes its inspiration from video game culture, with a menu that reflects their self-proclaimed nerdom and all the awesome that encompasses. Play games or watch gaming streams while you wait for your food (for those that don’t know, gaming streams is like sports for gamers). Stop in for brunch on Saturday and Sunday from 10 a.m. until 4 p.m. to experience the nerdvana benedict, pig skillet, and, my personal favorite, the Game Over baked biscuits.

Diners don’t always think Thai food for lunch, but the BKK Thai Kitchen + Bar in Corpus Christi is on their way to changing that. The brunch menu is served Sunday from 10 a.m. until 3 p.m. and includes awesome dishes like scrambled egg rolls, BKK candied bacon, and Thai tea French toast. It’s not to be missed.