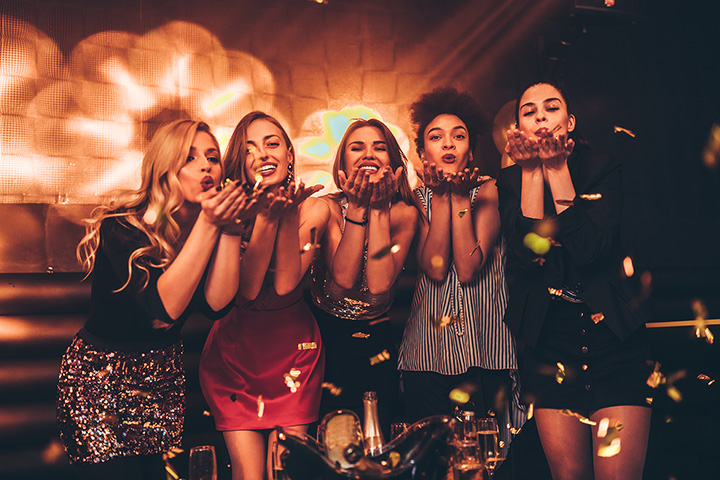 You know what they say: everything’s bigger in Texas. That includes the New Year’s Eve parties. Throw down in the best way at these fabulous Texas New Year’s Eve bars.

It doesn’t take an act of Congress to have a fantastic time on New Year’s Eve. All it takes is talking into Parliament. This Dallas cocktail bar oozes elegance and class, so you can ring in the new year with opulence on your side.

Bar 1919 is San Antonio’s most legendary speakeasy, and you won’t want to keep quiet about your New Year’s Eve plans if Bar 1919 is in the cards. Head to this trendy speakeasy for the best cocktails and a unique atmosphere.

Anvil is all about showing you a great time, especially when there’s a special occasion to celebrate. It doesn’t get much more special than New Year’s Eve, so head to this local bar to ring in the new year the right way.

The Roosevelt Room is one of those classy and trendy bars where you’ll be proud to celebrate New Year’s Eve. Head to this swanky spot to kick off the new year with the ultimate mixologists.

The New Year’s Eve party at the Flying Saucer Draught Emporium is out of this world. While it specializes in beer for everyone from casual beer drinkers to true aficionados, this Fort Worth bar has any kind of drinks you could want and it has an epic party in store for New Year’s Eve.

Whether you have someone to kiss at midnight or you’re flying solo, you’ll have a new love this New Year’s Eve: Truelove Bar. This local bar and patio is known for throwing spectacular events but nothing rivals its New Year’s Eve scene.

If you’re in the Corpus Christi area, there’s no debate: Rockit’s Whiskey Bar and Saloon will show you a wonderful time this New Year’s Eve. Head to this classic hometown bar for a casual atmosphere, exceptional drinks, and a fun place to welcome the new year.

On the lookout for a great Irish bar for your New Year’s Eve celebration? 3 Doors Down has what you want. This chill Irish bar knows how to make sure you have a great time while the clock strikes midnight.

For anyone in the Midland area, The Blue Door is the perfect place to ring in the new year. From cocktails to craft beer and more, along with a fun atmosphere, The Blue Door has all the makings of a thrilling New Year’s Eve.